How can we help?

Complete your electronic transactions with ease by entering your data only once! You can take advantage of various E-services without the need to log in again.

You only need to enter your user name or ID number and password to access the E-services safely through your computer, tablet or smart phones.

To create your own electronic account, please click on 'New Account' to enter the required data. In case of commercial customers, upgrade your account in order to activate E-services of 'Nafeza' portal and then go to any of our Logistics Services Centers to complete the procedures inorder to match the data and finalize the registration process

Having a trouble signing in?

The Government of Egypt will next month fully implement a new trade facilitation technology which will improve processing time and reduce costs for all exporters to the country.

The new process – the Advance Cargo Information (ACI) system – is a block-chain based technology that will help fully automate the customs process for all goods entering Egypt. Using electronic data, the new system will dispense with paper documents, enabling goods to be checked and cleared before they reach Egyptian ports. The technology will also strengthen risk management systems, identifying goods before they are shipped.

The ACI system, which has been undergoing pilot tests since 1 April 2019, will be implemented at all Egypt’s ports on 1 October 2021. Already, 16,000 companies importing goods into Egypt have registered on the new ACI system, demonstrating a high level of compliance with the new customs process.

Egypt has embarked on ambitious plans to transform its trade infrastructure, including the modernisation of its entire customs management system. In April 2019, the Government launched the National Single Window for Foreign Trade Facilitation (Nafeza), a single digital trade portal for all import, export and transit operations, linking up all Egypt’s ports.

The transformation programme has also led to the establishment of high-tech logistics centres in Cairo, East and West Port Said, Port Tawfik, Ain Sokhna, Damietta, Dakhilah and Alexandria, ensuring that port facilities are used to transit goods rather than store them.

Independent evaluation of Nafeza shows that customs processing times have already improved by 55%, a major step in realising the Government’s objective of reducing customs clearance time to less than one day.

Nafeza is recognised and supported by a range of international institutions, including the United Nations European Economic Commission (UNECE), the Center for Trade and Electronic Business Facilitation (UN / CEFACT) and the World Customs Organization (WCO).

Egypt is Africa’s second largest importer, responsible for total imports in 2019 valued at USD 78.6 billion (World Bank-WITS). The country is the largest importer of wheat and asphalt in the world (FAO/OEC).

H.E. Dr. Mohamed Maait, Egypt’s Minister of Finance, says: “The implementation of the Advance Cargo Information system is a crucial step in our plans to transform Egypt’s trade infrastructure. This new technology will make it much easier for companies all over the world to trade with Egypt, helping to deliver the Government’s plan to create the most advanced logistics hub in the region.”

Mr. Jan Noether, the Chief Executive Officer of the German Chamber of Commerce (AHK) in Egypt, says: “This new trade facilitation technology will make it simpler, easier and cheaper for all companies exporting goods to Egypt. It shows that Egypt is not only open for business, but serious about maximising its location at the cross-roads of the world to become one of the world’s great trading economies.” 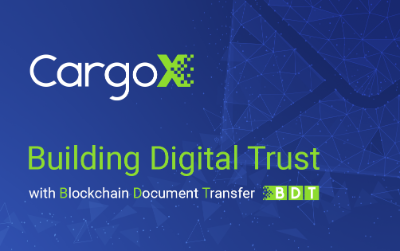 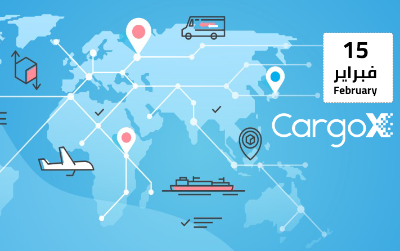 Egyptian Customs Authority will stop issuing identification numbers (ACID) for shipments to be ... 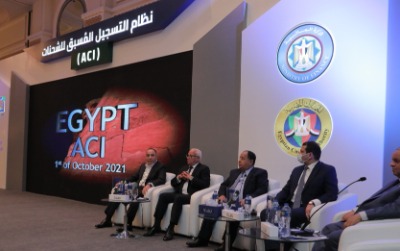